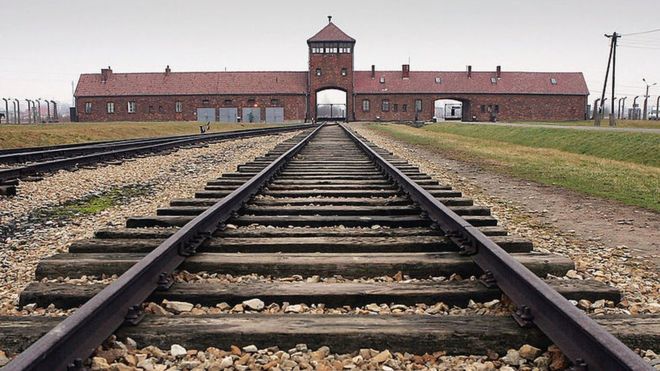 What is Replacement Theology (RT), its history and effects to the present day?

First Century:  The Truth and the Spirit

The Jewish Apostles and the Gentile believers preached the fulfilment of the Hebrew Holy Scriptures in Yeshua HaMasiach.  They taught from the Hebrew Holy Scriptures.  There was no “New Testament”.  The Church was well-connected to its Hebrew foundations.  The Apostles’ authority came from the Hebrew Holy Scriptures, which Yeshua came to fulfil and He Himself is the Word made flesh (John 1).  The Gentile believers were grafted-into the Olive Tree (Israel), and became partakers in the covenant promised to Israel.  The Torah was written in their hearts by the Holy Spirit.  The Church lived by the Torah, keeping the Shabbat, the Biblical Feasts and the ordinances of YHVH God of Israel.  The relationship between the Jewish and the Gentiles were born out of love for the Jewish Messiah.  The love of YAH was poured into the hearts of the believers by the Holy Spirit (Romans 5:5).      There was great outpouring of the Holy Spirit and great revival, with signs wonders and miracles as the Torah and Spirit worked together.  They operated in the blessings of Abraham (Genesis 12:3).

Replacement Theology (RT) was officially born in 325 AD through the decision of the First Council of Nicaea established by Emperor Constantine of the Eastern Roman Empire (also referred to as the Byzantine Empire).  During most of its existence, the empire was the most powerful economic, cultural, political and military force in Europe.  Emperor Constantine wanted to extend his power into religion so he can establish his own religion thereby making a name for himself.  He established and chaired the Council of Nicaea, which established Christianity as the official religion of the Empire.   Christianity (Eastern Orthodox Christianity) became the state religion and other religious practices were proscribed.  There were many things before that Council which prepared the way for it to happen:  For example – early Church fathers like Justin Martyr, Bishop of Lions, Tertullian and Eusebius, who in their writings expressed hatred against the Jews.  There were also other Councils which proclaimed Gentile Christians to be superior to the Jews.  For example, in 313 AD, the Edict of Milan granted favor to Christianity and outlawed synagogues.

The birth of Replacement Theology also came with its twin, which is the terrible anti-Semitism and persecution against the Jewish people. A seed of deep hatred for the Jews in the name of Jesus Christ and Christianity was planted. For centuries thereafter, millions of Jews would be persecuted and annihilated in some of humanity’s worst history, culminating with the Nazi Holocaust, and still continues today.  This invoked the curse of Genesis 12:3 upon the Church and the nations.

The Church and the nations were put out in utter darkness, as the heavy curse of Genesis 12:3 came upon the earth.  The period is fittingly called The Dark Ages.  Anti-Semitism grew and spread.  Jews were persecuted.  Believers in the Hebrew foundations of the faith were persecuted.  The work of the Holy Spirit was called heresy and spirit-filled believers were burned at stake.  The Holy Spirit was quenched and grieved that He disappeared, together with miracles, signs and wonders.  The Church became a human state institution that taught human doctrines and a Christianity based on pagan foundations.  Also, the theory that the Jews killed Christ and therefore deserve to be killed came from the fourth century.

In the 16th Century, German Roman Catholic Priest Martin Luther challenged and came to reject several teachings and practices of the Roman Catholic Church.  He was excommunicated by the Pope / Roman Catholic Church and started the Protestant Reform movement.  Luther detected something was wrong and tried to restore the original foundation of the faith.  He however stumbled in the area of Jews.  His rejection of the Jews brought curse upon the Church and the nations.

Martin Luther rejected the Hebrew foundations and instead built his system on the “artificial stone”, the brick of Replacement Theology.  He expected Jews to convert to Christianity but when then did not, he turned violent against them. His writings and book “On the Jews and Their Lies” are full of hatred, horrible with deep anti-semitism. He used violent and vulgar language throughout his career. His religious system was not true, fake and false as proven by the fruits. Adolf Hitler in his own words confirmed he was carrying out Luther’s instructions.

Luther’s movement started deep anti-Semitism caused the Nazi Holocaust where 6 million European Jews were burned in gas chambers.  The Jews defended the Torah with their blood and millions of their very own lives. They knew the Laws of YAH. Any law or religious system that does not have its foundations on the Torah (stone) but on man-made bricks (which a mixture of many elements baked by man into artificial stones) is not of YAH, as in the Tower of Babel religious movement described in Genesis 11. The Jews were also harshly persecuted in the name of Jesus Christ and Christianity, thus suspicions and refusal to convert is understandable.

Martin Luther could not reach any understanding with the Jews, too, because he declared the Torah, the Prophets and anything and everything to do with the Jews obsolete. The Jews are synonymous to the Torah. It is their identity. Rejection of the Torah is already a rejection of the people. Martin Luther didn’t want to include the book of James in the Bible. This is in stark defiance of Yeshua's own words about the Torah and the Prophets:

“Do not think that I came to destroy [abolish] the Law or the Prophets. I did not come to destroy but to fulfill” (Matthew 5:17).

“Whoever therefore breaks one of the least of these commandments, and teaches men so, shall be called least in the kingdom of heaven” (Mathew 5:19).

Anti-Semitic Luther urged, influenced and pre-validated Hitler for the Nazi Holocaust!  Martin Luther’s religious ‘reform’ movement was not only confined to religion but greatly influenced social, cultural, economic and political landscape of Germany, Europe and eventually all over the world to this present day.

We can acknowledge and be grateful for some of the strategic work Martin Luther did in “protest” against Constantine’s Christianity (Catholicism). His fundamental error was the rejection and great hatred of the Jews, the Torah & the Prophets. He brought more curse upon the Church and more divisors (denominations), which grew out of his movement.

From the 17th to the 20th Century, all the revival movements and mission work throughout the world was based on Replacement Theology (RT).  Christianity moved across the world to convert new territories (and people).  But their foundation was still wrong – it was on RT.

Praise YAH for the Messianic, Apostolic and Prophetic movement and the outpouring of the Holy Spirit in the Third Millenium, bringing us back to the original Hebrew foundations of faith.  This is the end-time revival of teshuvah and restoration of Jews and Gentiles to the original Gospel preached by Jewish apostles, and Christianity back to loving and honoring their Jewish Roots of faith.  YAH wants to unite us in LOVE when we are in Spirit and Truth.